Meeting your literary needs one review at a time. 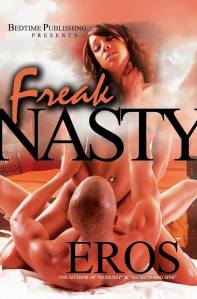 Sex is beautiful.  In some cultures it appears that it is still taboo but it is a natural process between a man and a women (mostly, lol).  There are many levels to sexuality, it can range anywhere from no libido to extremely high.  There are no rules and while it would be great if you were in love that is not always the case.  At the end of the day the main purpose for having sex is to be relaxed and stress free for just a little while.

Vicky Shaw is a successful woman who runs her own entertain agency.  She has multiple clients ranging from anywhere in the sports field to beyond.  Vicky is a self-made woman so therefore she doesn’t need anyone trying to hold her back.  She is dedicated to her work and doesn’t have time for a relationship.  What happens when the possibility of a relationship is thrust upon her?  Does she run or face it head on?

Malik Shabazz is a personal trainer and a very good one.  He has the looks and physique and he has no shortage of clients.  As of late Malik has gotten into the modeling business so he is getting more and more exposure.  The one thing that he is missing is a solid relationship.  Malik feels like he doesn’t have time but is that the truth or is he stalling for another reason?  Does he want to be tied down or does he want to be a ladies man?

Freak Nasty is erotica as you can tell from the title and cover.  If you have ever read Eros work then you know which way this is going.  There is a story line to this read and from what I’m seeing there clearly is going to be a sequel.  It is a quick read for if you are looking to break up your current series or just looking for some relief.  I look forward to the next part because I want to see if my questions are going to be answered.

Freak Nasty is available on Kindle edition on Amazon.

The term “budussy” was coined by the late Bernie Mac and it means booty, dick and pussy which is the smells that you smell after a very thorough  sex session.  That is the basis behind this book.  It is full of sex at every turn and it is not for the light hearted but there is a storyline behind it.  In this story you have events ranging from six degrees of separation to karma but it all revolves around sex.

We are all sexual beings.  You learn about sex sometimes at a very young age, or when it is age appropriate, some don’t learn until later in life but the bottom line is that we all know about it and how you learn about it is up to you.  In this story, the main character is a young lady by the name of Felisha aka Fee.  Fee had been curious about sex from a very young age and was slowly learning about sex through various avenues whether it was exploring her body parts with her younger brother to watching or listening to her parents having sex to watching porno but one thing that she knew is that it was for her and she liked it.  Fast forward to Fee going to college, she picks the college that she decided to go to because she wanted to pledge a sorority that is supposedly a myth but she knows in her heart that TSO – Try Sexual Omega truly exists and let me tell you that during her experience she goes from six degrees of separation to karma in 0 to 60 seconds flat!

Budussy does have a storyline to it but it is so laced with sex that sometimes it is hard to find the story.  The characters keep you interested in the story, but the book could have been edited better. There were punctuation, capitalization and some spelling issues but for the most part it did not interfere with the flow of the story or the book.  This is such an explicit book that it is definitely NOT for young eyes or hearts but if you can stand the heat, feel free to step straight into the fire!

You can purchase Budussy in paperback form on Amazon.com, BN.com and the publisher’s website:  http://www.bedtimepublishing.com.